Let There Be LED.

About us and our services

The primary activity of Asteria is the manufacturing, sale and installation of ship LED lighting.

Our offer includes a complete assortment of ship LED lighting for your vessels, party from our own manufacturing and partly from import. In a relatively short period, we have created quite a reference list of pleased customers.

All the fixtures we manufacture have been made of 316L polished stainless steel sheets of the highest quality, and we only install tested LED chips of the following types: EPISTAR, CREE, SAMSUNG, EDISON, NICHIA, BALT LED.

The factory warranty for the said diodes is 2-3 years. Since we constantly strive towards improving our products, in cooperation with our partners, we specially designed drivers with optimal characteristics for our LED lighting.

Among other things, depending on your needs, we offer:

Contact us with full confidence even if you do not want to change your existing lighting fixtures, but only the old bulbs. We are here to offer you an adequate replacement for all types of bulbs as soon as possible because there truly is no classic bulb for which we do not have a replacement in the form of LED.

The warranty of safety, power and efficiency

A light-emitting diode (LED) is a two-lead semiconductor light source. It is a p–n junction diode, which emits light when activated.When a suitable voltage is applied to the leads, electrons are able to recombine with electron holes within the device, releasing energy in the form of photons. This effect is called electroluminescence, and the color of the light (corresponding to the energy of the photon) is determined by the energy band gap of the semiconductor.
An LED is often small in area (less than 1 mm2) and integrated optical components may be used to shape its radiation pattern.

Appearing as practical electronic components in 1962, the earliest LEDs emitted low-intensity infrared light. Infrared LEDs are still frequently used as transmitting elements in remote-control circuits, such as those in remote controls for a wide variety of consumer electronics. The first visible-light LEDs were also of low intensity, and limited to red. Modern LEDs are available across the visible, ultraviolet, and infrared wavelengths, with very high brightness.
Early LEDs were often used as indicator lamps for electronic devices, replacing small incandescent bulbs. They were soon packaged into numeric readouts in the form of seven-segment displays, and were commonly seen in digital clocks.

One of the benefits of the LED is its long lifetime. Because they have no movable parts or filaments that may break, LED’s can have long lifetime.

We normally define the lifetime of a LED as the time expected for it to drop to 70 % of its initial light output. A typical lifetime is 50.000 hours. But this is heavily dependant on the temperature inside the diode itself. At high temperatures, the blue chip and phosphor layer degenerates and the LED will eventually lose light.

Advantages and benefits of LED lighting

Asteria is a product development company solely focused on the conceptualization, development, and manufacture of extreme enviroment marine LED lighting.

Proudly manufacturing in the EU, the Asteria team possesses a deep understanding of thermal, optical, and electromechanical principles which allows us to offer exceptional value to the markets and customers we serve. 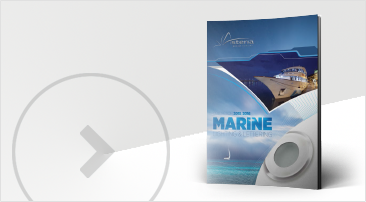 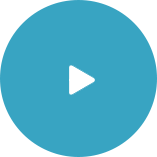 Contact us with full confidence even if you do not want to change your existing lighting fixtures, but only the old bulbs.

We are here to offer you adequate replacement for all types of bulbs as soon as possible, because there truly is no classic bulb for which we do not have a replacement in the form of LED